Adventure Racing (also called Expedition Racing) is a combination of two or more endurance disciplines, most often including orienteering and/or navigation, on and off-trail running/trekking, mountain biking and paddling. An expedition event can span ten days or more while sprints can be completed in a matter of hours. There is typically no suspension of the clock during races, irrespective of length; elapsed competition time runs concurrently with real time, and competitors must choose if or when to rest.

Adventure racing historically required teams to be of a specified size and to include both men and women, but many races no longer restrict team size and include single-sex divisions. Some also include age-based categories.

In 1980, the Alpine Ironman was held in New Zealand. Individual competitors ran, paddled and skied to a distant finish line. Later that year, the Alpine Ironman’s creator, Robin Judkins launched the better-known Coast to Coast race, which involved most of the elements of modern adventure racing: trail running, cycling and paddling. Independently, a North American race, the Alaska Mountain Wilderness Classic debuted in 1982 and involved six days of unsupported wilderness racing (carry all food and equipment, no roads, no support) over a 150-mile course. It continues today, changing courses every 3 years.

In 1989, the modern era of adventure racing had clearly arrived with Gerald Fusil‘s launch of the Raid Gauloises in New Zealand. Inspired by the Paris-Dakar Rally, Fusil envisioned an expanded expedition-style race in which competitors would rely on their own strength and abilities to traverse great and challenging terrain. The race included all the modern elements of adventure racing, including mixed-gender teams competing in a multi-day 400+ mile race.

In the early-90’s, Mark Burnett read an L.A. Times article about Raid Gauloises and was inspired to not only take the race to the USA, but to promote the race as a major televised sporting event. After purchasing the rights from Gerald Fusil, Burnett launched the first “Eco-Challenge” race in 1995. Burnett promoted his event with Emmy-award winning films (tapping the talent of Mike Sears to produce the films for the first two events). The Eco-Challenge was last held in 2002. With the Eco-Challenge also came the name “adventure race”, a phrase coined by journalist and author Martin Dugard, to describe the class of races embodied by the Raid and Eco-Challenge. 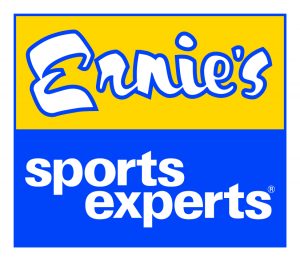